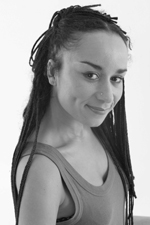 Irish-Trinidadian Maria studied drama at The Poor School in London. It was in fact her portrayal of Billie Holiday in  “Lady Day At Emerson’s Bar And Grill” that immediately got her noticed in her graduation shows, securing representation and immediate work post graduation. Maria has worked extensively in tv and theatre. You may have seen her playing a social worker on “Byker Grove”, as nurse Kelly Wallis in the series “Call Red” or in many other tv roles. However, Maria found herself more drawn to theatre, especially new writing dealing with challenging topics. This took Maria’s career out of the commercial and into the eclectic. Singapore Rep, Theatre Centre, Tara Arts, Tripitaka, Ridiculusmus, Krazy Kat Theatre Company are a few of the diverse theatre companies she has worked for.

After winning London’s  “National Westminster Playwrights Prize” Maria decided to take her writing more seriously. “My Friend Lester” is her fourth play produced and performed in the UK and one very close to her heart. Maria’s late father Al Timothy (jazz saxophonist/composer) was best known for his hit song “Kiss Me Honey Honey Kiss Me’. Her father, who played with Thelonious Monk and Sony Rollins, told Maria she had jazz in her voice and in her blood. Sadly it was only after her fathers death that she started to really explore the jazz world for herself. Maria studied jazz vocals at Chichester College, sang at every Sussex jam session she could find, got a belly full of inspiration and teaching from her idol Liane Carroll…In her adventures she found her dads words to be true….

“This is a little play with a lot of love put into it. When you are working together with one aim, one goal and one truth with people you truly like… something magical is bound to happen.”

Maria’s debut album “Her Night At Noon” was released November 2012 on DartBird music and is available on iTunes and CD Baby. 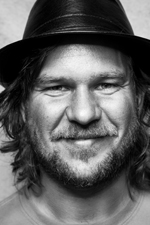 Björn is a Swedish born multi instrumentalist and composer who studied Jazz for 4 years at The Royal College Of Music in Stockholm. He has broad musical experience and plays over 10 instruments including: piano, clarinet, accordion, flute, bansuri, ukulele, bass clarinet, tenor and soprano saxophone but is probably best known for is sensitive, smooth and charismatic tenor saxophone style, if asked, his tenor saxophone is his number one instrument. A man wearing many hats, Björn has also worked as an actor/musician in “A Winters Tale” directed by Etienne Glaser at Uppsala Stadsteater and at Stockholm’s famous Junibacken Theatre, where Björn worked as a musician, composer and actor for two years.

Björn travels worldwide with his work and works frequently with a wide variety of bands and musical projects both locally and abroad. Some of these bands include: Flash Mob Jazz, Nybakat, The Adventurists, The Swing Ninjas, Harry’s Tricks, Bloomfield Avenue and Abba The Show in which Björn plays the influential pianist and composer Benny Anderson.

As a recording artist you can hear Björn on a number of albums, most notably: Nybakat, Nybakat – Happy Land, Moulettes – Constellations, The Swing Ninjas – Stop Killing The Jazz Man & Do Ya Hallelujah, Lele Lele, Arthur Brown – Zim Zam Zim, Chris & Mick Jagger – Pearl Of A Girl.

Björn is really happy to be portraying one of his musical heroes. “Although I do not want to become a repeater pencil I feel that just by listening to Lester I become a better musician. Without him you wouldn’t have Charlie Parker or Stan Getz…” 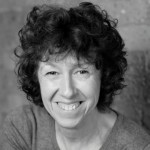 Karen met Maria whilst sharing  a dressing room (well a room) a van, a script, and a very occasional beverage? when they both worked as Actors for Theatre Centre. Several years later they bumped into each other in The Lanes, discovered that they were both still in Theatre/Music and bars, and had both moved to Brighton. So it only seemed polite to start something going. Maria wrote “Bees Mouth” (an eerie play set in a basement in a bar in Brighton) which Karen directed, they survived, it went very well! Then came “My Friend Lester” that played to full houses at The Jive Monkey and The Marlborough Theatre Brighton in 2012 and then at the DukeBox Theatre in 2013 and 2014. The Rialto Theatre Brighton 2015, The Kino Teatr St Leonards and Wightman Theatre Shrewsbury 2016. The play sold out at three Brighton Festivals and has recently taken its first trip abroad to Stockholm and sold out there too!

Here’s to a New Year and more outings for Lester. 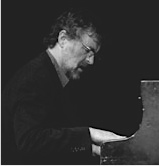 Jazz gigs started when he was a student in 1978, being part of the Cambridge Modern Jazz Club’s resident trio along with Chucho Merchan and Nic France and backed visiting guest soloists in the city. In 1980 he won the prize for best soloist at the San Sebastian International Jazz Competition. He moved to the U.S. in 1982 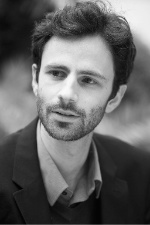 Tim holds a Masters Degree in improvised music and jazz from the University of York where he studied with the great British pianist John Taylor. Brought up listening to a variety of music his interests are varied, ranging from traditional swing music, through to more modern jazz and Hammond organ.

He has performed recently for the Archbishop of Canterbury at Lambeth Palace in London as well as at Hogmanay festival in Edinburgh and Brecon Jazz festival. Recently Tim also had the pleasure of playing with the radio 2 DJ and jazz singer Clare Teal. 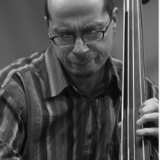 Simon’s double bass style is strong and melodic and he is featured on numerous CDs with artists such as Stacey Kent, Alan Barnes, Bobby Wellins and Martin Speake. Simon is one of the UK’s most popular bass players.